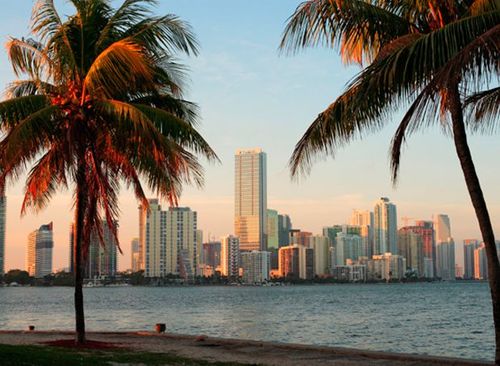 Is Miami the next innovation capital?
Silvina Moschini
Sep, 2013

The possibility of turning Miami into Latin America’s technology capital sparks enthusiasm within local investors and entrepreneurs. Beyond these encouraging signs, the challenge lies in generating a stimulating environment that contributes to innovative ideas.

Can Miami become a sort of “Silicon Valley” with a Latin accent and sunshine? Or, to put it another way, can this city and all of South Florida become a permanent home where start-ups can develop successful and transcendent innovative technologies? The answer is, not only could Miami be included in the list of the most influential North American cities when it comes to technological growth, keeping company with Seattle, Boston and Austin, for example, but it could in fact achieve this status with personality and some unique characteristics.

From my point of view, Miami has some very singular traits that could make it the new center for technological innovation. The most important of all of these is its strong tie to Latin America. For historical and cultural reasons, the city has been a true second home for thousands of Latin Americans who have given South Florida a distinct cultural signature. Entrepreneurs haven’t stayed behind. The majority of them have benefited by the ability to develop their projects in a much friendlier environment for business. The access to venture capital, the absence of tedious bureaucracies and a sensible tax system are, and will continue to be, more than attractive conditions.

With this being so, there are many enthusiasts of the city’s increasing technological profile. Business accelerator Launch Pad Technology and the entrepreneurial campus creator The Lab Miami are some of the players fueling the reigning optimism. Aside from them, the arrival in Miami of the Endeavor organization and the success of Open-English, a company of Latin American capitalists, has revolutionized the market with its online language teaching methods.

Although these facts seem encouraging, it is necessary to recognize that, regardless, we are still in early stages. Jerry Haar, Director of the Pino Global Entrepreneurship Center from the International University of Florida, admits that one of Miami’s weakest points is that, as opposed to other American metropolitan centers, it lacks “flagships” that generate a start-up ecosystem to surround it. It is important to remember, case by case, the undeniable influence that Google has had on Silicon Valley, Microsoft’s role in Seattle and Dell’s importance for Austin.

Beyond the current circumstances, it seems clear that Miami’s future as a technological center will depend on its capacity to incentivize the talent of Latin American entrepreneurs, in other words, in its talent for fostering talent. If regions of the world like Estonia and Israel have stimulated the development of small start-ups that can then go on to become significant players in the digital era (I think of giants like Skype and also of Waze, the Israeli traffic-themed app that Google recently bought) we can expect that Latin America, propelled by the qualities that Miami has to offer, can reach similar results or maybe even better.

To reach this goal, nevertheless, requires something more than tax breaks and capital availability. We have much to learn from Israel, which has become the country with the third-highest number of companies listed on the Nasdaq (behind only the U.S. and China). The incentives of achieving a culture of innovation and generating stimulating environments from their initial stages have been some of the keys to the technology boom. The success of the book Start-up Nation: the Story of Israel’s Economic Miracle explains, without a doubt, the rest of this recipe.

The case of Skype and Estonia is not very different. Focused on the connectivity of its citizens but at the same time on the ease of creating businesses, the ex-Soviet Republic has taken, since its independence in 1991, certain steps to encourage innovation. When eBay bought Skype in 2005, Taavet Hinrikus, their first employee, said that the moment served as an example to the world of the potential of launching a business in a small but advanced country.

Israel and Estonia’s examples enable us to be optimistic but, at the same time, force us to think of the responsibility to create an environment that stimulates creativity. Fortunately, Miami can provide the economic strength needed so that innovative ideas can find capital to allow them to launch.

On top of that, Miami can expect big advantages from its implicit condition, serving as a link between the United States and Latin American countries.

In this scenario, Miami’s outlook as an authentic start-up incubator is very promising. Looking beyond the essential efforts needed to strengthen the surge of innovative projects, the city is empowered by sufficient financial forces and, above all, the push of an emerging region.