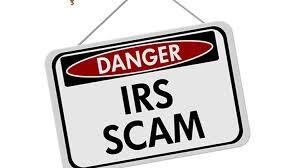 Protect Taxpayers from post-Tax Day Scams – But What About the Scam Happening to Them Every day?
Silvina Moschini
April 23, 2019

This month, the media has been filled with stories, advice and insight on how taxpayers can protect themselves from scams after Tax Day. With the significant increase in electronic filing, these scams have risen dramatically and cost taxpayers dearly. As columnist Michelle Singletary wrote in the Washington Post:

“No matter where you stand on your taxes, one thing is certain: After the April 15 tax deadline, the scammers will show up like the folks lining up for the club in the song "Freaks Come Out At Night" by Whodini.”

It is clear the media should alert taxpayers on how they can be scammed out of their refund or pay their taxes to someone who is not the IRS. Many would say it is their responsibility.

But every day, these same people are being scammed out of their hard-earned money they use to pay taxes and no one it telling them the steps they can take to prevent this from happening.

Worse, this has been going on for decades, costing taxpayers hundreds of millions of dollars.

Because of a lack of accountability, government contractors are able to overbill state and federal governments without the fear of getting caught – unless a whistleblower comes forward or an audit is conducted. But audits are expensive and never capture the full scope of the fraud. According to The Association of Certified Fraud Examiners, most fraud is not detectable in an audit: fraud was detected by external audits only 15% of the time and by internal audits 4%.

Overbilling fraud is one of the least detected and least reported crimes against taxpayers. States to do have the tools or resources to identify and stop this type of fraud and taxpayers are literally unaware it is occurring because it is largely unreported by the media.

But if taxpayers knew of the extent of this crime – and the astronomical amount of money it costs them, they would be outraged. As Accenture said in its 2013 2013 report entitled Fraud, Waste and Abuse in Social Services:

"Fraud, waste and abuse work like enemies of the state, robbing government agencies and compromising the delivery of public services for the future."

Just like after Tax Day, taxpayers need to be aware of the way their money is being stolen so they can take steps to protect themselves. In this case, urge their lawmakers to give state and federal agencies the tools to prevent overbilling fraud and protect their money.