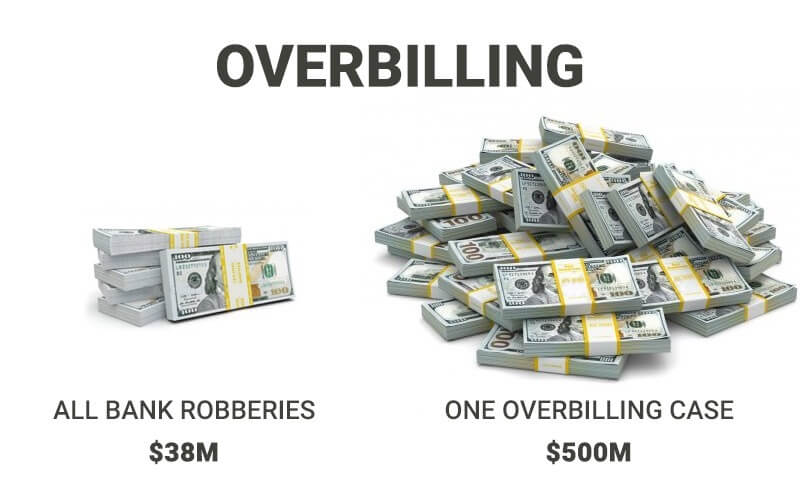 This Tax Day, Give Americans The Tax Return They Deserve
Silvina Moschini
April 15, 2019

Overbilling Protection Would Save Taxpayers Hundreds of Million of Dollars

Today is Tax Day and Americans across the country are scrambling to file their taxes and eagerly anticipating their returns. But what they are not aware of is that the hard-earned money they are using to pay those taxes is being stolen right from the government. It is happening in every state in the country and at the federal level as well.

The top ten government contractors have been fined a combined $7 billion for stealing taxpayers’ money through fraud. One company was even able to steal $500 million from the city of New York on a single municipal project.

The worst part? It is completely preventable.

Advances in technology have created the tools state agencies and the federal government need to prevent overbilling. In fact, with the right policies in place, government agencies can have the critical tools that give them the ability to verify a contractors’ computer-based work at no cost to taxpayers.

Giving government agencies the tools to protect taxpayers’ money and save hundreds of millions of dollars now lost to fraud free of charge sounds like a pretty good deal, doesn’t it?

It certainly does to legislators in 30 states across the country, who have introduced legislation which would give state agencies the ability verity contractors computer-based work. These are simple pieces of legislation that merely automate an already mandated manual process that, because states rely on “self-certification”, cannot prevent overbilling.

Of course, those that practice overbilling will do everything they can to make sure these bills do not pass because it will turn the faucet off on a significant — albeit illegal — revenue stream.

Taxpayers deserve better. They deserve to have their hard-earned money protected and used to improve government programs they are critical to all Americans.

At TransparentBusiness, we will do everything we can to make sure all government agencies have the necessary tools to protect taxpayers’ money. It is nothing short of the right thing to do.

Passing these bills would demonstrate to all Americans that governments are determined to protect their money from being stolen by fraudulent contractors.

This Tax Day, Americans should expect nothing less.