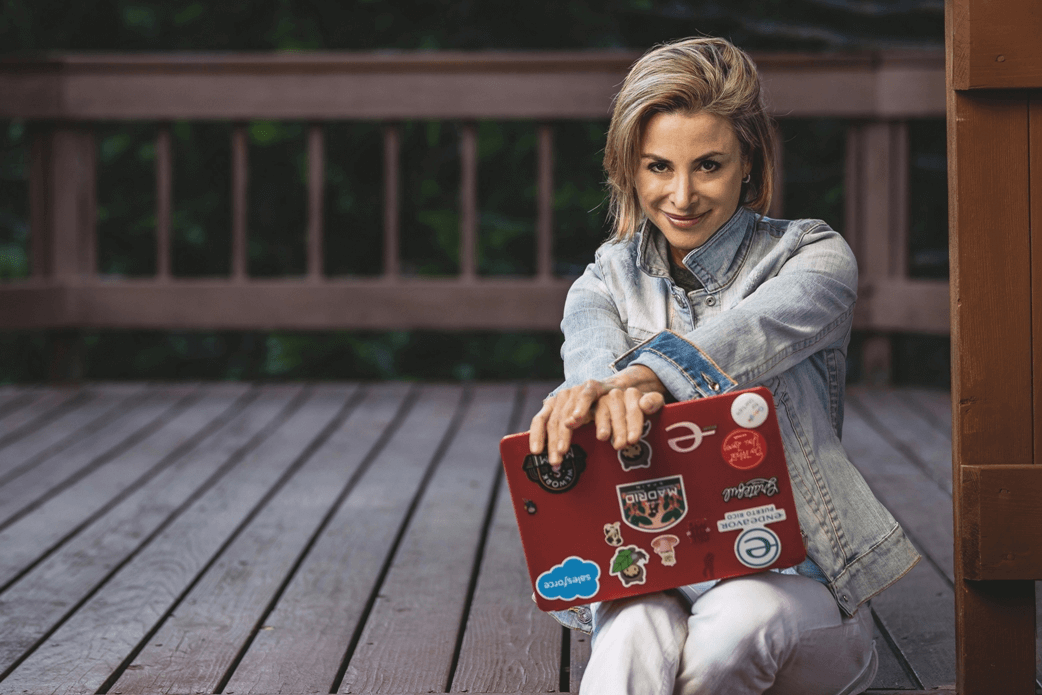 What would have become of us this year without the Internet?
by Silvina Moschini
October, 2020

Designed to withstand even a nuclear attack, the network of all networks has been our lifeline for absolutely everything that the COVID-19 pandemic has threatened to cut loose from our lives.

By Silvina Moschini, President and Founder of TransparentBusiness, CEO & Founder of SheWorks!

If the Internet seemed like a great invention even before the Covid-19 pandemic, the Era of Connectivity has now definitively dawned and made the WIFI signal the very pulse of our lives.

Born as a Pentagon project back in the times of the Cold War and conceived as an adaptive and highly resilient remote communication system, it aimed to be efficient and democratic: connecting many different individuals in a space where no one was necessarily in charge. It is hard to tell now whether, circa 1969, the Internet’s creators could have ever envisioned an enemy as powerful as the Coronavirus, but 2020 has certainly given us a chance to see how resistant their brainchild can be. We now know that, without the Internet, we would have had a hard time making purchases, obtaining an education, performing our jobs, setting up the simplest of appointments, getting in touch or staying in touch with one another, or even interacting at all. The list of etcetera etceteras is potentially endless.

October 29th is International Internet Day, and we would like to celebrate it by sharing some noteworthy stats:

Among myriad revolutions, this year has seen the true advent of remote work, which is currently being consolidated as one of the pillars of the “new normal”. Companies of all types and sizes have been obliged to adapt their work models to accommodate their remotely distributed teams, and many of them are going to leave those models in place even after this health crisis is over. The switch from office to homefront has been massive enough to merit the coining of a brand new slogan, "Work is where the wifi is", which has all but replaced the classic "Home is where the heart is".

Remote work reduces production costs, connects remote talent and maintains productivity levels while allowing for flexibility in work hours. It also enhances concentration, eliminates the work-family divide, reduces the need for commuting and travel and allows information to be stored in the cloud so that team members can remain closely aligned as they perform and monitor workflow with transparency and efficiency.

Simply being connected, however, is not enough to kickstart a new enterprise or revive a sputtering one in the new era. An ILO survey revealed that 50% of the world's small businesses currently require the help of professionals in order to place themselves in a competitive position, which means that a large part of a company’s rejuvenation efforts will depend on their ability to adapt to remote operations. Among the initiatives that have emerged to bolster this new economy, TransparentBusiness has launched a worldwide program that aims to provide support to SMEs until 2022. Their program features a benefit package, which is available to all companies and organizations in the region and provides up to 25 free licenses for its platform. The package grants access to a training program for managing remote teams.

The Covid-19 pandemic has made it unequivocally clear that the Internet should be a universal right. For as uncertain as everything else seems of late, the Internet has, beyond a doubt, taken its place alongside electricity and the telephone as one of history’s greatest inventions. As such, it should be accessible to everyone.