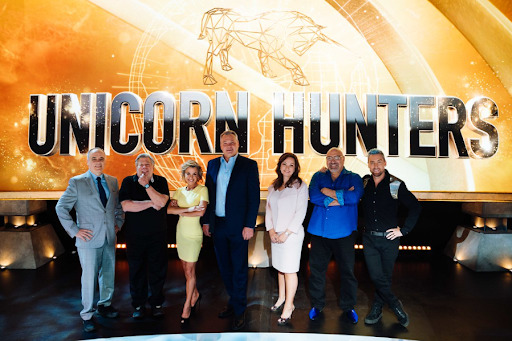 Unicorn Hunters creates and comprises a new genre for audiences — enrichtainment — which combines pure entertainment with the potential for consumers worldwide to back select pre-IPO investment opportunities, thereby democratizing wealth creation. The show features a “Circle of Money” panel that includes seven legendary entrepreneurs, luminaries and business titans who critique and debate each unicorn presentation, ultimately deciding whether or not to invest their money.

"We will provide millions of people a transparent access to select pre-IPO investment opportunities, which in the past were usually only available to venture capital funds and investment banks,” said Alex Konanykhin, CEO, TransparentBusiness. "The capital raised by the companies featured on the show may reach the nine-figure range and some of them may deliver high returns on investment. As a historic reference of achievable ROI, the stock purchased by the first twenty individual investors in Amazon has increased in value by thirty million percent.”

“My whole career has been based on taking risks, thinking outside the box, being innovative and even prescient,” said Craig Plestis, the Executive Producer of Unicorn Hunters. “When I was offered the opportunity to get involved with this show and these amazing entrepreneurs, I jumped at the chance to do something different that could actually make a difference,” he continued. “And on a streaming platform that will make it accessible to everyone around the world. A first for me.”

The first episode of Season 1 Unicorn Hunters will premiere on May 10, 2021 on UnicornHunters.com with parallel distribution via Amazon Prime and multiple online channels, including LinkedIn Broadcast, Facebook Video, YouTube and Vimeo.

About TransparentBusiness:
TransparentBusiness was co-founded by one of the most highly respected LatinX tech entrepreneurs, Silvina Moschini, and Alex Konanykhin, a global entrepreneur with a powerful track record in building successful ventures. To date, TransparentBusiness has raised more than $50M from 3,000+ investors hailing from 140 countries to help companies manage remote workforces with transparency and accountability. For more information, visit www.transparentbusiness.com .

About Smart Dog Media:
Smart Dog Media is the production company created by reality TV show innovator Craig Plestis, and is behind Fox’s hit, Emmy-winning series The Masked Singer; After The Mask; The Masked Dancer; Celebrity Show Off on TBS, and Cash Pad for CNBC. Plestis also executive produces the musical game show I Can See Your Voice for FOX. As the former head of Reality at NBC, he helped create and launch hits such as  America’s Got Talent; Deal or No Deal; The Biggest Loser; The Apprentice; The Singing Bee; 1 vs 100; Last Comic Standing; Nashville Star; The Chopping Block with Marco Pierre White; Dog Eat Dog; Fear Factor; The Contender; Grease, You’re The One That I Want; Thank God You’re Here; Three Wishes; and Treasure Hunters. Plestis took chances on controversial and socially important shows such as  Baby Borrowers . In addition, he was in charge of the perennially popular Golden Globe Awards. Plestis is also behind critically acclaimed shows like the long-running series Minute to Win It, hosted by Guy Fieri, which was the winner of the International FRAPA Award for Best-Studio Based Game Show.