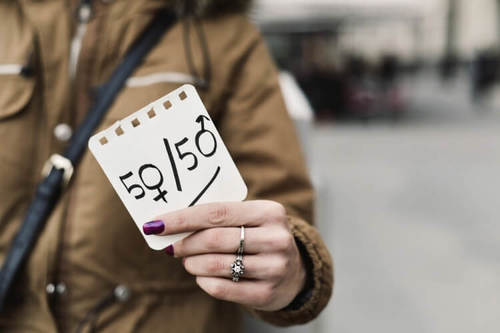 Walk Your Talk and Get The Facts About #EqualPayDay
Silvina Moschini
Apr. 3, 2019

April 2nd represents the 23rd Anniversary of #EqualPayDay. “Equal Pay Day” is marked on the calendar once a year and celebrates the significance that on average women have had to work one full year plus 92 days (April 2) to be on par with what their male counterparts would have earned in one year alone. Bringing attention to close the wage gap shouldn’t be a one day celebration, it’s an ongoing movement; no matter what gender or race you are, equal work should be equal pay, simple.

The impact of lower earnings for women affects their ability to support their families. This means less money for groceries, childcare, furthering their children’s education, investing in their retirement, and more …

If Women Were Paid Fairly …

The effects of the gender pay gap for women are the highlight of conversation for Equal Pay Day but it happens to be a small piece of the puzzle in the larger picture of what biases women face in the workplace:

What Can We Do to Walk Our Talk When it Comes to Women in the Workplace:

SheWorks is proud to promote #EqualPayforEqualWork and supporting companies wanting to build more diverse teams built on trust, engagement, and accountability. We are living in the digital era where the internet is one of the most important factors of transforming business practices. Internet technology enables companies to find talent from all over the world, wherever they are located and empower them to work remotely and with flexibility.

It’s time companies rethink their hiring strategy, steering away from traditional, obsolete, and rigid working models. If companies embrace technology and change the way they engage with talent they can empower women to work on their own terms, find a balance between work and life, work remotely, and transparently. Not only will flexible working arrangements attract more female talent that is available but bring us closer to closing the employment gap, but will also set the foundation for distributed teams to be built on trust, engagement, and accountability.

Join the conversation at #EqualPayDay