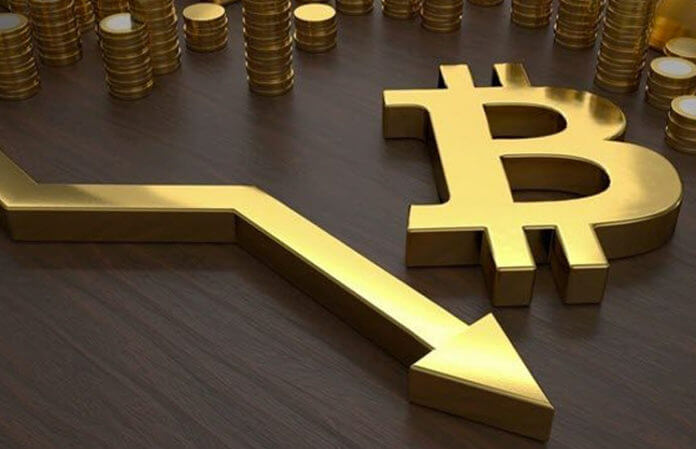 A big advert featuring a gold Bitcoin caught up in flames with a caption that expressly stated that investments in Bitcoin are likely to depreciate real fast.

The advert has at the center of its illustration the recent implosion of Bitcoin, the most widely known and esteemed Cryptocurrency globally. In the year 2017, Bitcoin experienced a tremendous rise of nearly 2,000 percent. After this incline, the Cryptocurrency suddenly delved into a sudden slide in mid December. By this time it had lost a huge chunk of its value.

This loss was measured at nearly two third. Investors prior to this crash ended up having their fingers burnt due to the heavy financial losses that they suffered. In a bid to understand the strange and sudden flip of things, the justice department has set rolling a criminal investigation recently to look into trading practices that are illegally done to manipulated Bitcoins set price.

Alex Konanykhin who is currently the CEO of TransparentBusiness expressly stated that Bitcoin upon hitting the scenes seemed like a gold mine and influenced a massive gold rush. However, over time it turned out to be a pretty unstable investment. He further stated that the bright side to the whole play out is the fact that the tech industry makes available safer opportunities that are several times more profitable, with the investment returns running over a million percent from time to time.

More so, in his opinion, TransparentBusiness can potentially produce a return on investment worth 90,000% . He acknowledged the fact that several investors are seeking for a way out and a better and safer investment opportunity asides from Cryptocurrency and stated that It is for this reason that TransparentBusiness seeks to lay out before accredited investors, the possible risks and opportunities associated with them.

Alex Konanykhin made known in definite terms that their objective is to dominate when it comes to transparency of business. With a market as huge as theirs, all computer based works can be closely watched and regulated with the aid of TransparentBusiness.

The advertising campaign asides from illustrating the implosion of Bitcoin is also geared towards facilitating a $25 million round of financing put together by TransparentBusiness under the provision of Rule 506 of Securities and Exchange Commission Rules which expressly permits advertising and solicitation generally done for investment opportunities.

This permit is however restricted to accredited investors. These investors cut across a wide range of individuals, inclusive of those whose net worth tops a million dollars and whose annual turnout supersedes $200,000.

So what is TransparentBusiness about?

TransparentBusiness stands as a platform saddled with the responsibility of immensely enhancing the extent of productivity flowing from remote work. It also shields against over-billing while making available a more advanced collaboration among employees on a global standing. It is for this reason, it is titled by Citigroup as the management solution for the top people.

TransparentBusiness further equips companies to keep a tab on workforce distributed worldwide and also makes available information on every tasks and projects costs as well as their status.

More information is available at transparentbusiness.com/25