As we are preparing for resuming and completing our current round of financing, we’ve analyzed the most common questions and comments we’ve heard from prospective investors and addressed them in this video.

Smart money is betting on success of TransparentBusiness.

Yet some investors less familiar with the Internet industry refused to look into the opportunity remarking that “it’s too good to be true.” In this video, I’ll try to address the typical myths and misperceptions.

Some investors, on hearing that we are shooting for delivering returns over one hundred thousand percent, expressed doubts that such returns have ever occurred.

It’s not a surprising question, as many investors invest in real estate where doubling the investment is considered extraordinary or in the stock market where some of the best mutual funds have failed to deliver 40% annual returns over a five-year period.

The reality is that our one hundred thousand percent aspiration is a small fraction of the return enjoyed by early investors in the record-setting projects like Google, Amazon, Facebook, Uber and some others.

A recent example of a high return is the $1.1 billion made by Garret Camp on their $220K investment in Uber, approximately a five hundred thousand percent return.

The first 20 investors in Amazon enjoyed a ten million percent return – a hundred times larger return that what we aspire to achieve.

Despite us only shooting for 1% of the Amazon record-setting return, we still occasionally hear a recommendation to scale our projections down to a plausible level. “Shoot for less and overdeliver”, they say.

It sounds like logical advice, but there’s one major problems with this advice: Internet professionals know that there’s no second place in many Internet-related markets, that the winner normally takes over the market.

There’s Google and no other search engine worth mentioning.

There’s Salesforce and no other CRM company at a comparable valuation.

Sometimes, the fight for domination is still ongoing. Lyft is competing with Uber, for example, but when the dust settles, only one company is likely to dominate the category.

So, shooting modestly for a 30th place is not a viable or plausible business strategy. TransparentBusiness is well-position to win in the category of business transparency and, if we succeed in this quest, we may become valued more than Salesforce.com, as our category is much larger than the category on which Salesforce has become a hundred-twenty-billion-dollar company.

Interestingly, some people feel that we violate some taboo by referring to examples like Salesforce, Uber, Amazon and others.

And indeed, our current realities cannot be more different. Those companies are among the most valuable on the planet, whereas TransparentBusiness is just starting its expansion.

It is important to remember, however, that initially most investors laughed at the founders of the now-iconic companies and refused to invest in their projects.

Salesforce.com was founded in 1999, at the time when Internet security concerns were acute and the connection speed slow. It was funded pre-product, despite competition from large CRM providers.

And Amazon, during its initial financing round, was just Jeff Besos trying to sell his books online, out of his garage. There was no way to predict that Borders or Barnes & Nobles or any other major booksellers would not dominate the online bookselling space.

In fact, TransparentBusiness may be the only project where all factors needed for a major success coincide: a huge market, an acute need, a lack of notable competition, high scalability, a residual nature of revenues, strong profit margins, a potentially recession resilient business model, strong endorsements, strategic partnerships, distributions channels, an experienced team, validation sales, and the unique advantage in form of legislative support across the country.

With a minimal budget we’ve convinced legislators in 32 states to introduce our bill which seeks to make transparent verification of billable hours mandatory to government contractors. With adequate funding we would have already made such verification the new standard of public procurement and would capture most of the resulting demand.

With adequate funding we would have already made TransparentBusiness synonymous with the category of business transparency.

At the same time, we do realize that success is never guaranteed, even when all success factors coincide. Risks are inherent to any startup project, so please carefully review our Private Placement Memorandum before making your decision.

The current round of financing is limited to ten million dollars and the remainder of the round may be purchased by a single investor.

Don’t miss out on this opportunity by delaying your review!

The video summary and detailed description of the opportunity is accessible at www.TransparentBusiness.com/invest 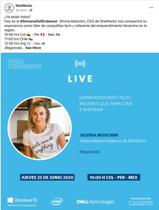 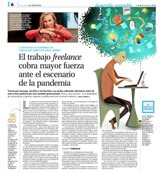 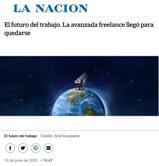 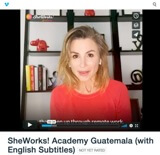 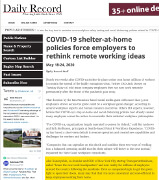 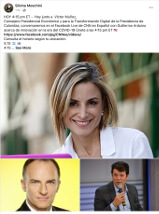 Forbes, Silvina and TransparentBusiness
May 1, 2020