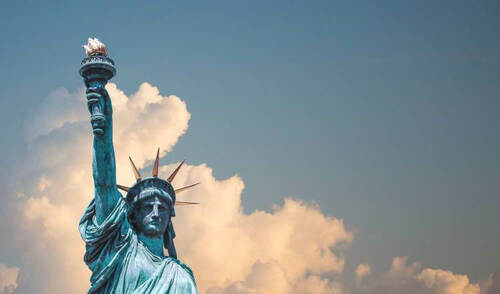 A total of 97 companies -- including Apple, Facebook, Google, Intel, Microsoft, Netflix and Twitter -- filed a court motion Sunday night declaring that Trump's executive order on immigration "violates the immigration laws and the Constitution." The ban represents "a sudden shift in the rules governing entry into the United States, and is inflicting substantial harm on U.S. companies," says the court document.

Independently from the previously signed Executive Order, a draft Order that could dramatically overhaul the H-1B visa process for skilled foreign national workers has sparked additional concerns and uncertainty on the part of American tech companies who rely on H-1B visas to staff critical jobs. Already, some U.S. companies report that they have postponed crucial hires until there is more clarity on how the Trump Administration will proceed.

Amid this uncertainty, TransparentBusiness offers effective alternatives to importing tech talent. "While I strongly believe that curtailing business immigration is a policy detrimental to the U.S. economy, many U.S. companies import tech talent out of habit, without considering the alternatives recently made possible by Internet technologies," says Alex Konanykhin, CEO of TransparentBusiness.

Designated by Citigroup as the "Top People Management Solution," TransparentBusiness.com platform greatly increases productivity of remote work, allows for easy monitoring and coordination of geographically distributed workforce and provides real-time information on the cost and status of all tasks and projects.

"We make it easy for U.S. companies to access the global talent pool without having to physically bring workers into the United States," Konanykhin. "The managers can see all remote work progressing in real time and provide immediate feedback. This level of coordination is far superior to traditional 'on-campus' approach of assembling workers in one location."

The rapid growth of TransparentBusiness has been fueled, in part, by limitations imposed by the existing H-1B program, which annually holds a lottery that grants only 65,000 H-1B workers entry into the U.S.; a quota that turns away roughly two-thirds of those who apply.

With TransparentBusiness, which is simple to use and provides CIA-grade security, foreign employees and contractors can skip the H-1B lottery entirely, working remotely from their home countries, whereas U.S. companies need not delay hiring essential employees or risk losing them to tightening entry regulations.

By eliminating travel and relocation expenses, and the need to support the living costs of an employee based in the United States, companies that rely on TransparentBusiness can have access to the world's finest talents at a fraction of the cost of physically relocating those employees and contractors to the United States.

"A programmer who would be paid $160,000 a year or more in New York or San Francisco, can be hired in Belarus or Ukraine for roughly $40,000 a year, so wide is the spread in talent cost throughout the world," Konanykhin says.

Allowing key employees to work remotely also reduces the office space cost and related overheads. And by making every work minute accountable, TransparentBusiness increases productivity of remote work by 15-40%, without intruding on privacy of the worker.

TransparentBusiness is a founding participant of the Partnership of Refugees, which was presented by President Obama to the Leaders' Summit on Refugees in the wake of the UN General Assembly in September of 2016. Other contributors to the Initiative include Accenture, TENT Foundation, Airbnb, Citigroup, Facebook, Goldman Sachs, Google, HP, IBM, IKEA, Johnson&Johnson, LinkedIn, MasterCard, Microsoft, Pearson, SAP, Twitter, Uber, UPS and Western Union.