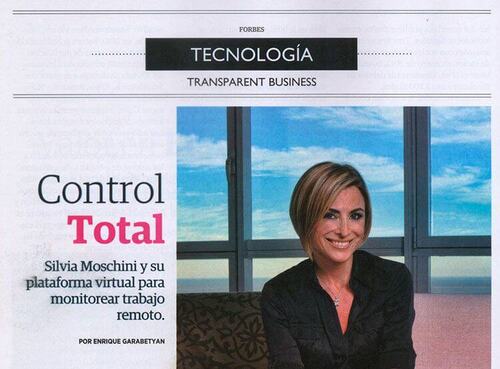 Two tendencies which to many seem contradictory assert themselves on a global entrepreneurial stage: companies must become more efficient and economical, while workforce – especially the creative youth – demands better labor quality and more flexibility. How to align two trends that often pull in opposite directions? One way to reconcile them, which many companies are exploring, is through telework. This is one of the drives of adopting cloud computing, and it propels the creation of new companies and services that allow paving the way for telecommuting and managing dispersed groups without losing interaction or control over team’s work.

A good example of this synthesis is a brand-new TransparentBusiness, a startup that – just two months after its launch and despite its low profile has already signed up 2,500 users worldwide thanks to the word of mouth advertisement.

The idea of TransparentBusiness belongs to Silvina Moschini who carried out the project together with her husband Alex Konanykhin. They are two entrepreneurs with extensive experience in online business, who invested $1 million in the project. Konanykhin is one of the most successful entrepreneurs of post-communist Russia. At the age of 23, he founded a financial empire worth over $300 million and then settled in the US with his company KMGi.

After graduating from UADE with a degree in public relations, Moschini made her career in traditional and digital companies, such as Compaq, VISA and Patagon. “In 2003, I worked as a VP at VISA in the USA, had a very good income and promising career. However, I felt that I had no personal life; my work days were very long, I was losing friends and had very little personal time as I continually traveled”, she says. At the same time, she remembers seeing the Internet increasingly disruptive, so she decided to found her own company.

Moschini notes that she did it in order to create a structure that would allow personal flexibility, travel for pleasure and work from anywhere in addition to hiring the best talent possible for each project in any country.

Thus, in 2003 she launched Intuic, an interactive marketing agency “specializing in brand visibility ¨, recalls Silvina to FORBES, surrounded by pets and nieces in her family living room located on the 40th floor of a tower in Puerto Madero, with magnificent views.

True to her desire, she was concomitantly developing a work system that would allow integral management of her company based on freelance resources, increasingly leveraging cloud computing and virtual offices in both creative work and administration.

Today, these tools combine email, Skype, instant messaging, collaborative online software, GoToMeeting and everything to meet the everyday needs of the SME operation. However, there is one big difference: Moschini’s office can work from a home she shares with her husband in Buenos Aires, or her apartment in Milan, or condominium in Miami. And from a hotel in New York, an European airport or her hometown in Tandil.

The company works at full with a workforce of 84 and such clients as Google, Microsoft, Pfizer, CA, Boeing, CNN, eBay, DuPont and General Electric, among others. In addition, Silvina and her partner and husband decided to systematize and bundle their system to offer it to other entrepreneurs and companies which wished to use it for their outsourcing needs in order to stay on top of daily project management with detailed reports on their workforce activities and hourly tasks.

Clients who use the application can manage their business from anywhere, coordinate their team anytime, view screenshots in real time to see how the tasks progress and to avoid overbilling. An employee starts work by logging in, and from this moment TransparentBusiness registers and captures screenshots and other useful variables to account for the time spent on each project, typing speed and work intensity, among other variables.

In addition, the coordinator can easily interact with everyone through a conference chat or Skype and work collaboratively.

Since all information and tools are stored in a cloud, the startup managers have decided to adopt another growing trend: software as a service, or SaaS. Thus, the business model in Argentina works as follows: every user pays $39 a month starting from the sixth user – the first five are free. In addition, every account has a storage space of 3 GB with more space available at $5 per GB per month.

According to Moschini, the major part of Intuic clients has already been using this option to control remote work. TransparentBusiness has 2,500 registered users with 70% having more than five accounts for which they start paying on a monthly basis.

Moreover, this method gathers a lot of information that facilitates billing and allows evaluating how much each resource costs and yields. It also allows managing projects with timelines, objectives, tasks to complete and compare those with budgets; all of this shows on a “control board” with elements of Business Intelligence.

“We are opening a round for institutional investment”, says Moschini. The objective is to get a $2 million investment in the coming months and to start the global deployment. Later, they will look for a new round to get $8 million and to reach business value at over $25 million so that their dream of a ubiquitous and flexible company may come true. Everything is under control.

Photo caption: The businesswoman is, in addition, an expert on digital media. 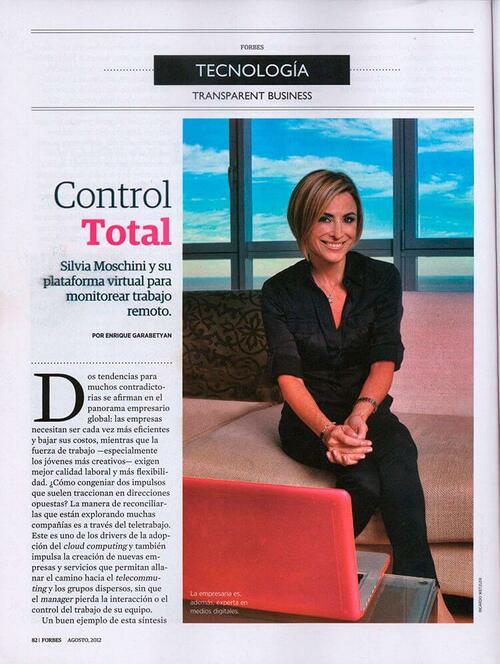 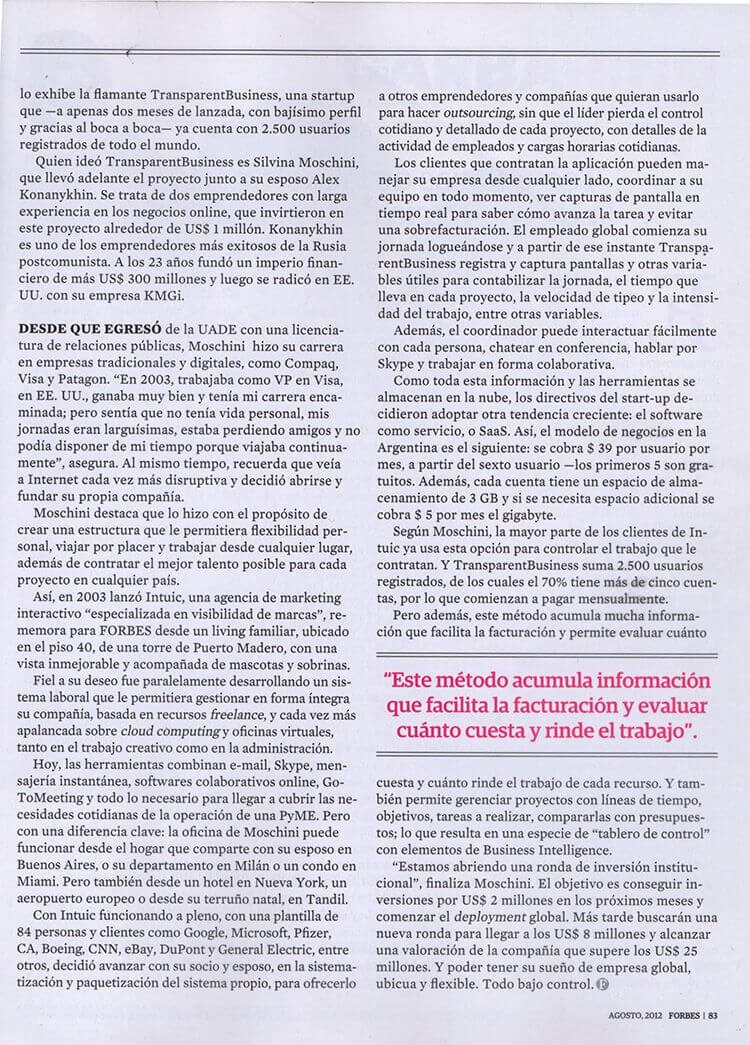