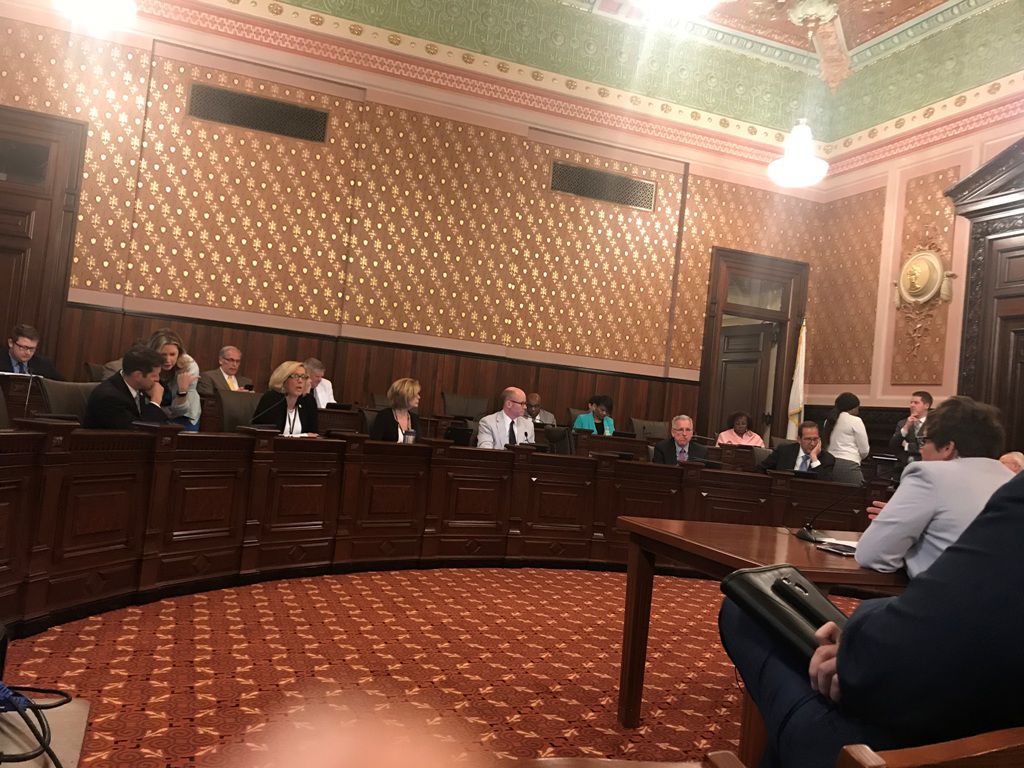 Presentation to the Senate Executive Committee
TransparentBusiness
May 29, 2018

During the IL Senate hearing today the Governor’s office weighed in on the discussion, with the Governor’s Financial Policy Director testifying in favor of our model bill before the Senate Executive Committee (a photo from the hearing is posted above).

He stated that the Governor’s office has uncovered $21M of overbilling which could have been preventable by transparency.

There were 19 proponents for our bill and no opponents.

Senator Althoff, the sponsor of the bill, delivered a moving presentation of advantages of transparency.