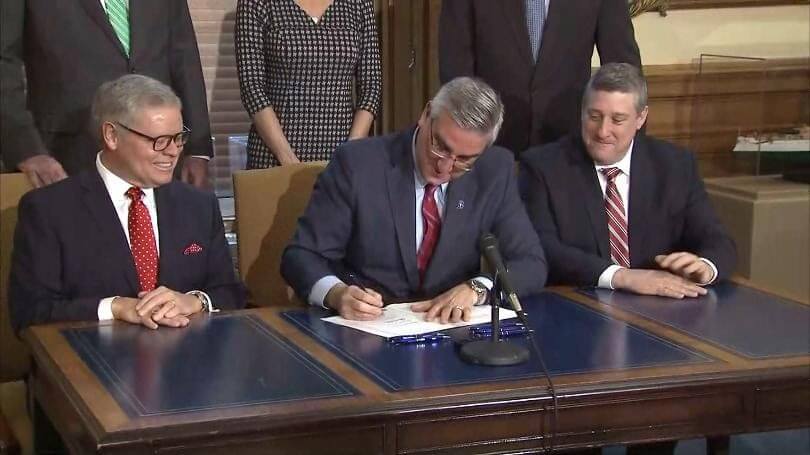 Thanks to the outstanding representation by Miriam Dant, today the bill suggested by TransparentBusiness was signed into law by the Governor of Indiana.

The bill calls for a study of the benefits of verification of billable hours and is the first step of our strategy to obtain official findings of the benefits of TransparentBusiness, to be used in all other jurisdictions, on state and federal level as well as with major cities, counties and corporations.

On the photo: Governor of Indiana Eric J. Holcomb.