We are pleased to share with you a Forbes report about TransparentBusiness and Silvina Moschini, its co-founder, Chairwoman and President.

It appeared in Forbes edition in Argentina, the country where Silvina was born and started her career, before moving to the United States 20 years ago. 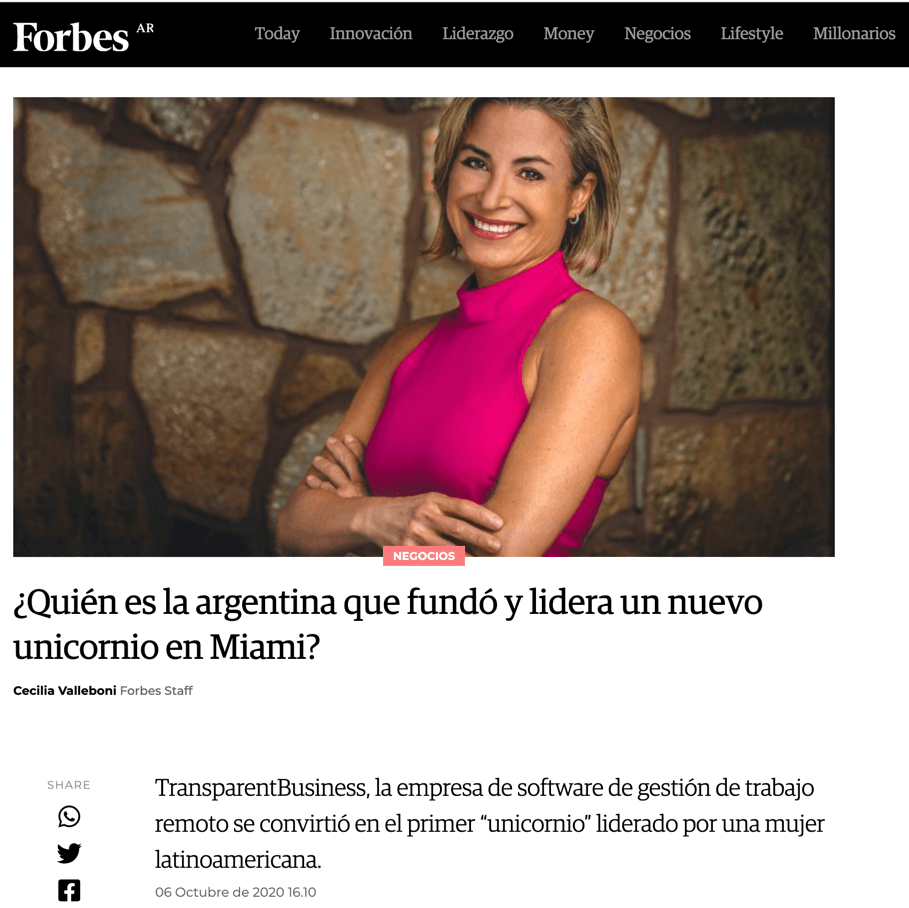 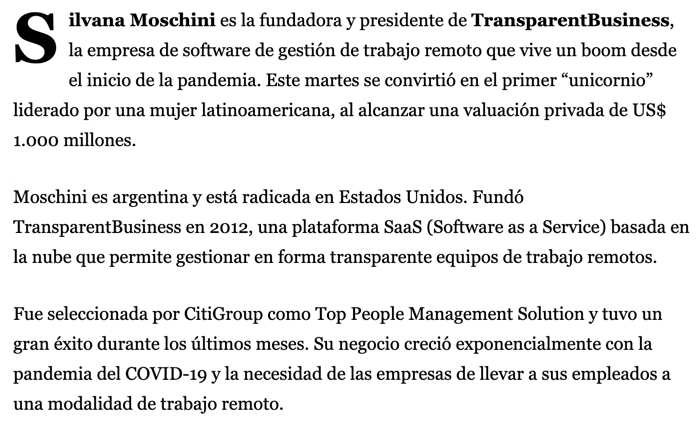 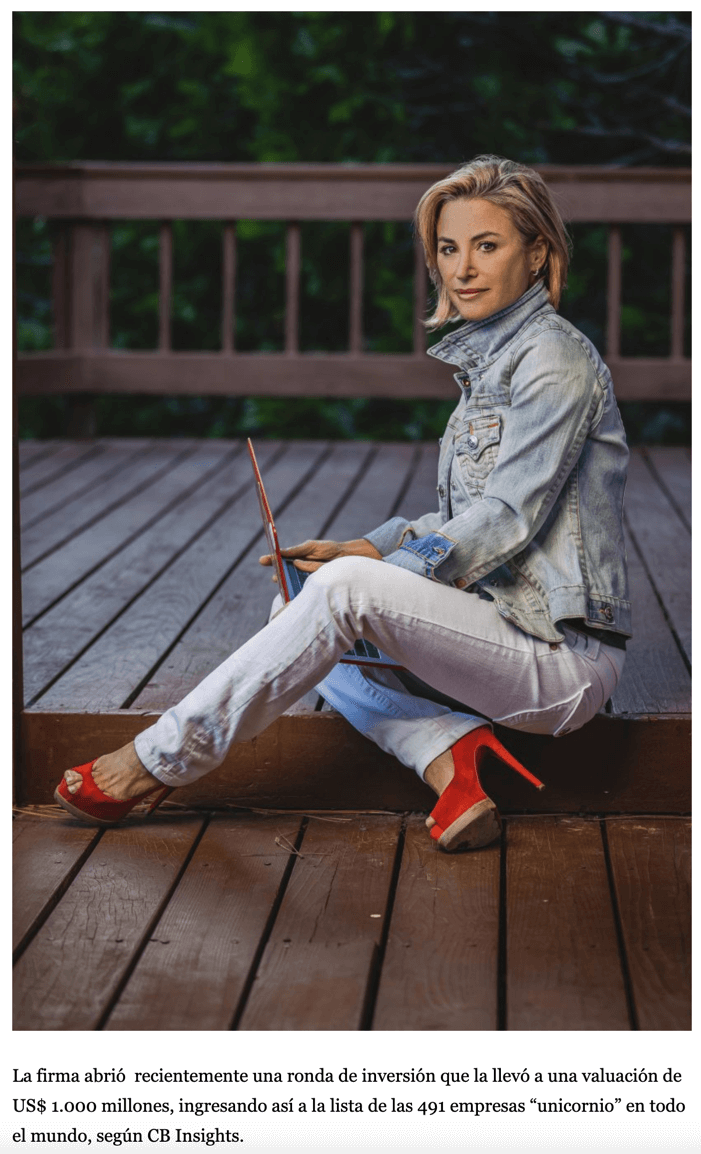 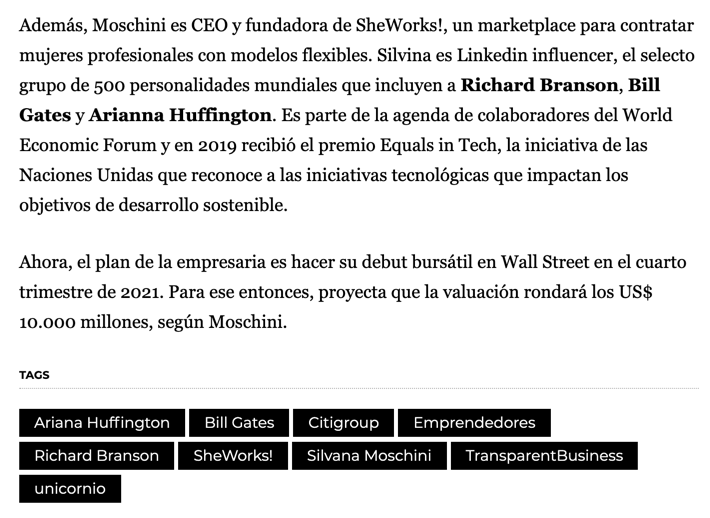 Who is the Argentine Who Founded and Leads a New Unicorn in Miami?
TransparentBusiness, the remote work management software company, became the first “unicorn” led by a Latin American woman.

Silvina Moschini is the founder and president of TransparentBusiness, the remote work management software company that has been experiencing a boom since the start of the pandemic. This Tuesday it became the first "unicorn" led by a Latin American woman, reaching a private valuation of US $1 billion.

Moschini is an Argentine based in the United States. She founded TransparentBusiness in 2012*, a Cloud-based SaaS (Software as a Service) platform that enables transparent management of remote work teams.

It was selected by Citigroup as the Top People Management Solution and had great success in recent months. Her business grew exponentially with the COVID-19 pandemic and the need for companies to take their employees to a remote work mode.

The firm recently opened an investment round that brought it to a valuation of US $1 billion, thus entering the list of the 491 "unicorn" companies worldwide, according to CB Insights.

Additionally, Moschini is CEO and founder of SheWorks!, a marketplace for recruiting professional women with flexible role models. Silvina is a Linkedin Influencer, the select group of 500 global personalities that includes Richard Branson, Bill Gates and Arianna Huffington. It is part of the agenda of collaborators of the World Economic Forum and in 2019 it received the EQUALS in Tech award, the United Nations initiative that recognizes technological initiatives that impact the sustainable development goals.

Now, this businesswoman's plan is to make her trading debut on Wall Street in the fourth quarter of 2021. By then, she projects that the valuation will be around $10 billion, according to Moschini.