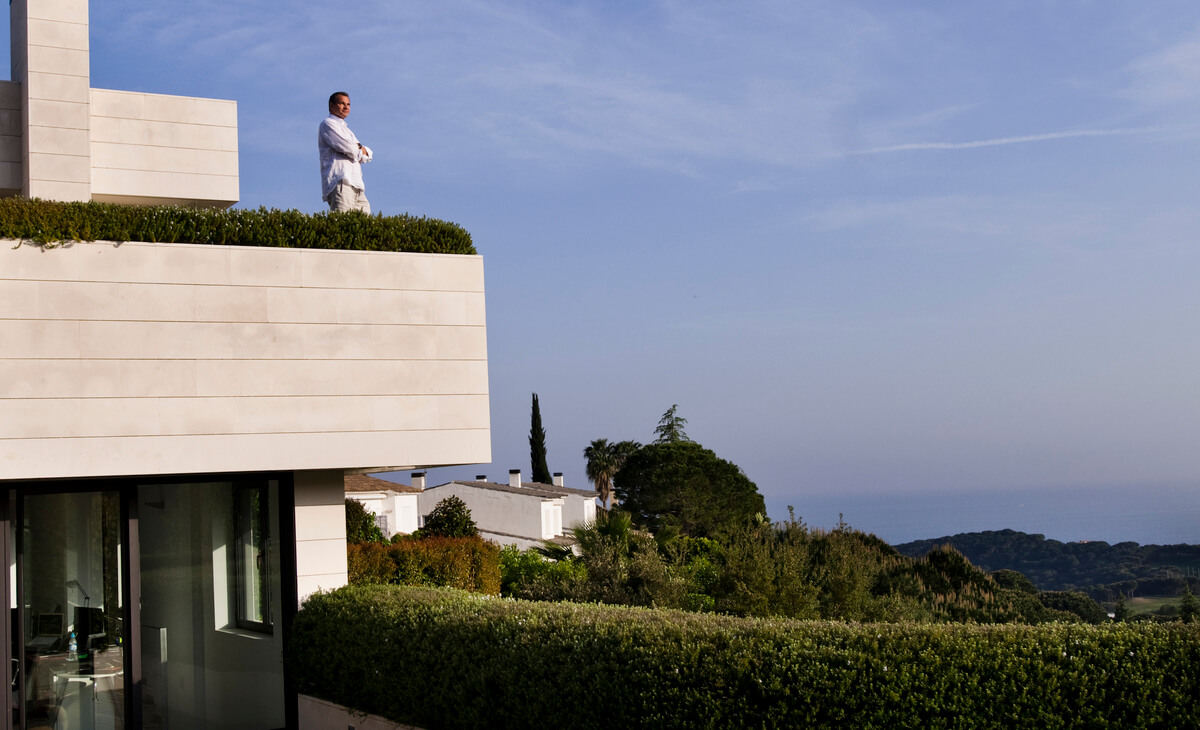 We make managing your remote workforce more productive, with 100% accountability. Now, you can collaborate with your team of connected professionals, no matter where they live and work. Managing people and contractors blindly is something you could do in the 1970s but not competitively in 2019. Transparent management pioneered by my company is 15–40% more efficient and will save hundreds of millions of dollars in wasteful spending.

As a part of my series about “Ideas That Might Change The World” I had the pleasure of interviewing Alex Konanykhin, CEO of TransparentBusiness. In 1992, Konanykhin immigrated to the United States where he became the first person to be granted asylum from post-Soviet Russia on political reasons, for opposing corruption. Now, he’s the CEO of TransparentBusiness, a company that changes the way computer-based work is managed by businesses and governments.

Thank you so much for joining us! Can you tell us a story about what brought you to this specific career path?

I was studying in the best Soviet tech college to become a rocket scientist then I was kicked out of college for making too much money as a teenager. I was blacklisted and my scientific career was denied to me, so I created the largest bank in Russia. I came with the first Russian President to meet the U.S. President, got kidnapped by the KGB, escaped, and started anew in America. Then the FBI informed me that the Mafia had contract on my life and I went into hiding in the Caribbean, but eventually the KGB searched my Watergate apartment in Washington DC and put me in jail in America. I won five law suits against the U.S. Department of Justice, was paid a compensation, granted political asylum, started various companies, received tons of industry and media acclaim and wrote a book about it called “Defiance: How to Succeed in Business Despite Being Hounded by the FBI, the KGB, the INS, the Department of Homeland Security, the Department of Justice, Interpol and Mafia Hit Men.” It got great reviews and I just released the updated 2019 edition.

Can you share the most interesting story that happened to you since you began your career?

As a 23-year-old I altered the course of Russian history by financing Yeltsin’s rise to power and nailed some big nails into the coffin of the Soviet Union.

Can you tell us about your 'Idea That Might Change The World'?

We make managing your remote workforce more productive, with 100% accountability. Now, you can collaborate with your team of connected professionals, no matter where they live and work.

Managing people and contractors blindly is something you could do in the 1970s but not competitively in 2019. Transparent management pioneered by my company is 15–40% more efficient and will save hundreds of millions of dollars in wasteful spending.

How do you think this will change the world?

Enormously. It will allow additional tens of millions of people to be able to telecommute, avoiding the hassle of daily commuting and saving them from spending years in cubicles. It will allow moms and handicapped people to work from home and have a flexible schedule. It will make many people much more mobile. It will save taxpayers tens of billions of dollars by greatly reducing overbilling.

Keeping “Black Mirror” and the “Law of Unintended Consequences” in mind, can you see any potential drawbacks about this idea that people should think more deeply about?

I challenge you to come up with a passable idea for a drawback of transparency! One Senator said that our solutions are like “motherhood and apple pie” but it will have a negative impact on those who now rob their clients blind because they will lose their ability to bill for time never worked.

Was there a “tipping point” that led you to this idea? Can you tell us that story?

It’s a very mundane story. I was just trying to optimize my IT outsourcing business. So, I designed a tool which allowed my executives and I to oversee all worked performed by our programmers, designers and animators. We created TransparentBusiness as an internal tool. We were not trying to start a new business. But when we the access to our clients, they got excited. Citigroup designated us as the “Top People Management Solution” and Google, Microsoft, SAP, Cisco, ADP, Facebook, and EY became our partners. Legislators introduced bills seeking to make our kind of transparency mandatory. And now it seems that TransparentBusiness has set the new standard for public and corporate procurement.

What do you need to lead this idea to widespread adoption?

Nothing. I’ll get it done in any case. Transition to transparency is unstoppable. Blind management is so “last century!”

Recently, we started to look for investors, as with more funds we can grow much faster. At TransparentBusiness.com/invest we list the factors which create a possibility for astronomical returns shall we succeed in our efforts to become synonymous with the category of business transparency.

The future of work is a common theme. What can one do to “future proof” their career?

There are no universal recipes. One thing is quite certain though: if you become an expert in work which can be performed remotely, you will be able to search for the best job opportunities globally instead of being limited to the local options only. TransparentBusiness will make remote work easier for millions.

Based on the future trends in your industry, if you had a million dollars, what would you invest in?

I did have a million and I did invest it into TransparentBusiness. $2.7M, to be more precise, was what my wife Silvina Moschini and I invested into this venture and it’s shaping out as a real opportunity to make billions of dollars. 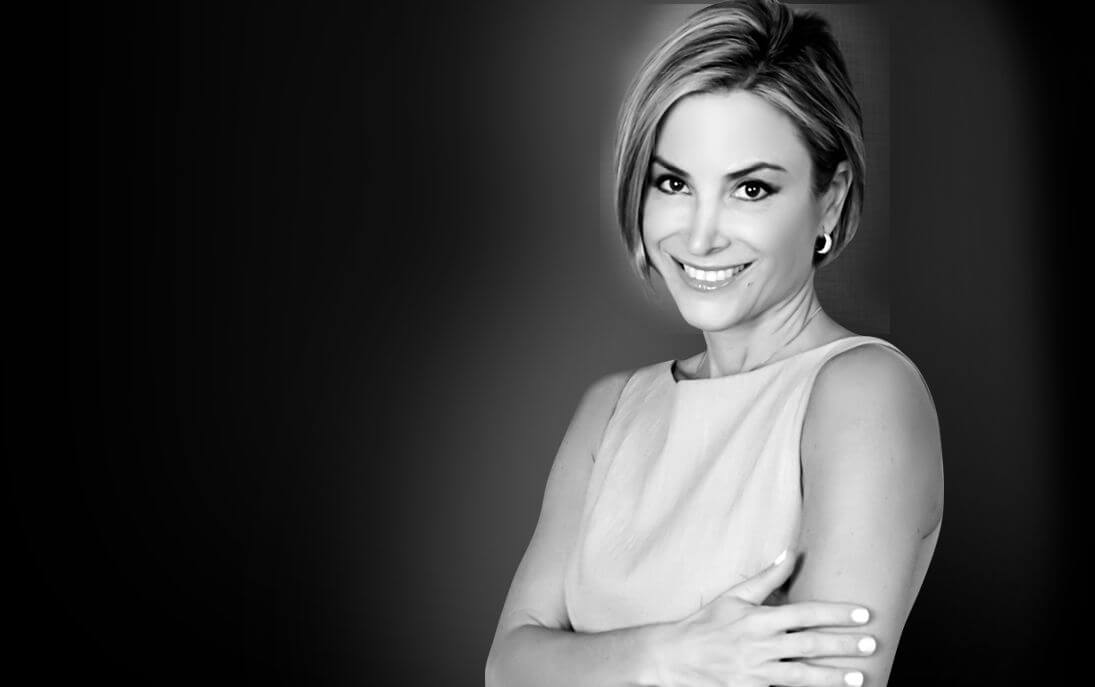 Which principles or philosophies have guided your life? Your career?

Skepticism. I’m a pessimist. After decades of running my businesses, I know all about challenges, expected and unexpected. I only move on projects when even the worst-case scenarios are tantalizingly appealing. I try to avoid or minimize the risks. I try to find unusually effective ways to scale up.

For example, with TransparentBusiness we are not selling it, instead we offer it to governments as a cost-free way to save hundreds of millions of dollars. Legislators just have to make transparent verification of billable hours mandatory to government contractors, and we will do well by doing good.

Can you share with our readers what you think are the most important “success habits” or “success mindsets”?

Re-examine annually if you are in the right place, business, relationship; don’t get stuck in a rut.

Ignore “sunk costs” — it doesn’t matter how much you have invested into something; what matters is the projected outcome and selecting the best alternative.

Don’t box yourself into anything — type or size of a business or geography, for example.

And, above all, ignore the “wisdom” generously dispensed by others in media interviews — it’s likely to be inapplicable to your situation.

Some very well-known VCs read this column. If you had 60 seconds to make a pitch to a VC, what would you say?

I’d say, “I know you are going to hate me, as I set the trend which will cause you a lot of grief. Yes, I’m showing entrepreneurs that instead of knocking on your door they can now take advantage of the new Rule 506c, which allows for “broad solicitation and general advertising” of their investment opportunities, bypassing VCs and appealing to the much larger Capital Market. We were the first to advertise high-return opportunities in the Wall Street Journal, Investors’ Business Daily, USA Today, San Francisco Chronicle, Bloomberg, CNBC and other major media and get funded without ceding control of our business, and thousands of other startups will follow our steps. You’ve served a good purpose and can score many wins still, but I did start shrinking your industry. I am sorry — it was just business, nothing personal.

How can our readers follow you on social media?